Autism can have a very big impact on the day to day life of children.

It makes normal activities like going to the grocery store or even deciding which cereal to eat for breakfast a monumental task where others see very simple activities.

It has an impact on children’s ability to learn, make friends, and so many other things…

Trouble Understanding Things from Other Perspectives

Kids on the Autism spectrum might have difficulty understanding that other people have different beliefs and desires than they do.

An example of this would be a little boy who is obsessed with all things Pokemon not understanding that while you do play Pokemon Go, you aren’t a big fan of all of Pokemon, and in fact you only like that one game.

It may also mean that they have trouble understanding why someone is upset.

Along that same vein is reading social cues. For most neurotypical people it is very easy to see when someone is bored, it’s a feeling you’ve had yourself many times and you can recognize it in other people.

Neurotypical children can themselves struggle with social cues at times, those on the Autism spectrum can have it even worse.

This adds an extra barrier to making friends, trouble with understanding jokes, or even something as universal as sarcasm.

The Need for A Strict Schedule

Many kids on the Autism spectrum have a strict schedule that they keep and deviation from that schedule can be incredibly stressful, even resulting in a meltdown when plans change suddenly.

Surprises and sudden cancelations of plans tend not to go over well and are upsetting.

Some may even view it as their entire day being ruined.

Which to a neurotypical person might seem like a bit of an overreaction. This is something that is true for adults as well as children, but adults typically have less extreme reactions as they’ve become more accustomed to changes.

Children on the Autism spectrum can become easily overwhelmed while out in the world.

Lights are often uncomfortably bright, stores have music playing making it impossible to focus, and someone is wearing far too much perfume.

What may be a mild irritation for us may make it impossible for those on the Autism spectrum, children especially, to do something as simple as going to the grocery store.

This can also come up in school classrooms that are bright and filled with noise.

This can make traditional classrooms difficult or impossible to learn in, and these aren’t the only barriers there are to learning.

Learning new things can be incredibly challenging for some kids on the Autism spectrum.

Often times they won’t learn at the same rate as other kids, which means they get left behind and either passed on to the next grade or held back.

Children on the Autism spectrum also have trouble seeing the whole picture, so as an example they may read a book and be able to remember specific details but they might struggle with what the story means overall.

Many of these things also impact day to day life for adults with Autism, but adults have had longer to adapt to these problems or find ways around them.

And please note, this list is not exhaustive, there are many many ways that autism can present itself.

Don’t forget to pin for later… 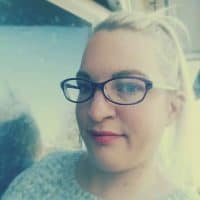