We live in a society of tired and worn out people.

Many people have desk jobs or sit around all day, which, while not using much actual energy, tends to make us feel zapped and more tired because physical movement begets energy. 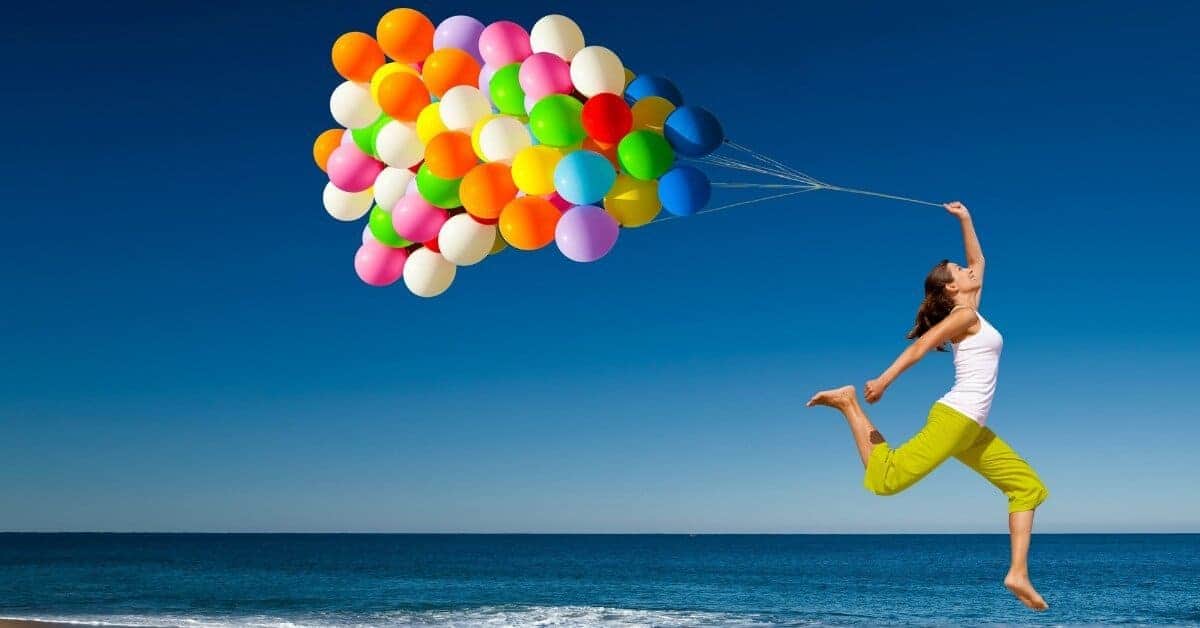 We run around from work to chores to home where we face more chores without the needed energy to accomplish these tasks.

We spend time wishing we had more energy.

We take unhealthy shortcuts by downing Red Bull energy drinks to keep us going, not realizing that these drinks contain high amounts of sugar and caffeine that have landed many people in hospital emergency rooms.

The energy drink industry, which nets an estimated $10 billion per year is resulting in a rising number of patients, many of whom are young in being treated in emergency rooms for serious complications related to the high intake of caffeine in drinks like 5-hour energy, Monster Energy and of course, Red Bull.

According to a report by the Substance Abuse and Mental Health Services Administration, visits to hospitals because of energy drink complications doubled from 2007 to 2011. 20,783 emergency room visits cited energy drinks as a primary cause of the health condition being treated, including headaches, anxiety, irregular heartbeats, and heart attacks.

Many of us are overweight and partake in a diet filled with processed fake food that does not nutrify our bodies and only weighs us down and makes us tired and sick.

How to Fight Fatigue Naturally

Fortunately, there are natural and effective ways you can combat fatigue and increase your energy and vitality. Some of these techniques and habits can also slow the process of aging.

Make sure there isn’t something physically wrong.

There are several physical reasons why you might have chronic fatigue, from thyroid disease, anemia, sleep apnea, heart disease, to arthritis.

The only way you can determine if any of these are the problem is to visit your doctor and be evaluated for these diseases.

Many can be treated or reversed so that you can gain energy back.

Pay attention to the medications you are taking.

Many medications have fatigue as a side effect and only a few of them have this side effect wear off after continued use. If you feel especially tired after starting a medication, talk to your doctor to see if anything can be done.

While it would seem logical that exercise would make fatigue worse, actually the opposite is true. Being physically active tends to boost your energy levels, not to mention maximize the function of many of your body’s organs.

Exercise can help you lose weight, which can further significantly increase your energy. According to the President’s Council on Fitness, Sports & Nutrition, less than 5% of adults participate in 30 minutes of physical activity each day.

More than 80% of adults do not meet the guidelines for aerobic activity that is known to increase energy and vitality, especially as we age.

Yoga is one exercise that has been shown to improve confidence, lessen fatigue, and clear the mind.

Many types of yoga are ideal for just about any fitness level. Yoga has been found to be helpful by research in men and women over the age of 65, who generally have a greater problem with fatigue.

Keep a water bottle filled and chilled for more energy by fighting dehydration. Research on athletes has shown that being dehydrated zaps the energy from their activity.

Even if you’re not athletic, staying hydrated with water will give you that added bit of energy you deserve.

The best way to get enough sleep is to go to bed early and get at least 7-9 hours of sleep. In one study, it was found that people who got adequate sleep were more vigorous and reported less fatigue.

Naps are another way to freshen up your energy level. Try for short naps, no longer than 30 minutes. Any longer than that and you will have difficulty sleeping during the night. One study showed that a nap followed by a small quantity of caffeine such as a 5-ounce cup of coffee or tea can restore your energy even more.

Omega-3 is good for you in many ways. One way, as shown by a 2009 Italian study, to boost energy and have quicker mental reaction times, is to consume omega 3 fatty acids.

Everyone is different in terms of when they have the most energy.

Find out if you’re a morning person or a night owl and work with it instead of against it. If you have especially demanding activities to do, choose to do them when you have the most energy to work with.

Carrying around extra weight can be exhausting and the only way to rid yourself of that exhaustion is to start a healthy exercise and diet program that will help you shed pounds and feel more vigorous.

There are no specific diets that work any better than creating a calorie deficit and working out at least 30 minutes per day.

Large meals zap you of energy because the body needs to use a lot of energy to digest them.

Think about a time you ate a buffet, where everyone naturally eats too much food, versus a meal that included a salad. More likely than not when you left the buffet you felt exhausted and wishing someone would wheel you out of there, versus the energy you felt after a raw whole food meal such as a salad.

Small and frequent meals will keep your blood sugars from fluctuating, giving you steady amounts of food energy throughout the day.

Following the tips above and eating a healthy diet, exercising regularly, staying hydrated, and getting enough sleep are always going to be the best way to maintain your natural energy levels and keep fatigue away.

However, for many people, with the busy demands of life, these things are not possible all of the time.

When this is the case, there are many natural vitamins and supplements that may help boost your energy and can help you stay alert and energized throughout the day;

Vitamin B12 plays an important role in energy production. Low vitamin B-12 can result in fatigue and weakness.

Aging, eliminating animal products from your diet and diseases affecting the GI tract can all contribute to low levels of B12.

When you are deficient in B12 it can make you feel tired and weak.

Vitamin B12 is naturally found in animal foods, including meats, fish, poultry, eggs, and dairy. However, it can also be found in products fortified with B12, such as some varieties of bread and plant-based milk.

Also known as the sunshine vitamin, as the body makes it from cholesterol when your skin is exposed to sunlight.

Unlike other vitamins, vitamin D functions like a hormone in your body and every single cell has a receptor for it.

It’s very difficult to get enough from your diet, but may be possible to get small amounts in certain foods such as fortified products.

Coenzyme Q10 is a powerful antioxidant that is in most of the tissues in your body and is crucial for energy production.

Aging, certain diseases, and statin treatment are associated with low levels of CoQ10, which may increase feelings of fatigue.

Coenzyme Q10 can be found in:

One of the symptoms of magnesium deficiency is tiredness and fatigue, as magnesium is known for promoting better sleep.

Why not, relax in a bath with magnesium flakes, eat foods which are rich in magnesium or add a supplement to your diet.

These foods are naturally rich in magnesium:

Fatigue is one of the most common signs of iron deficiency. People lacking enough iron in their blood often feel sluggish, weak, and unable to focus.

Red blood cells require iron to transport oxygen to your body’s tissues. Without iron, oxygen delivery to the entire body suffers, which results in fatigue. A diet low in iron, excessive blood loss and pregnancy can increase iron needs.

These foods are rich in iron:

Rhodiola Rosea is considered an adaptogen, meaning it helps reduce stress and fatigue when consumed.

Rhodiola is thought to increase your body’s capacity to adapt to stress by easing physical and mental fatigue.

Another adaptogenic herb, this one is a powerful antioxidant and anti-stressor.

All the supplements on this list have a well-established safety profile when used appropriately.

*Nevertheless, remember that it’s still best practice to check with your own doctor to determine if these supplements are right for you.

If you are still looking for resources to boost your energy, here are a few things that I love and recommend:

Have you suffered from fatigue and found something that helped or are you still searching for help? 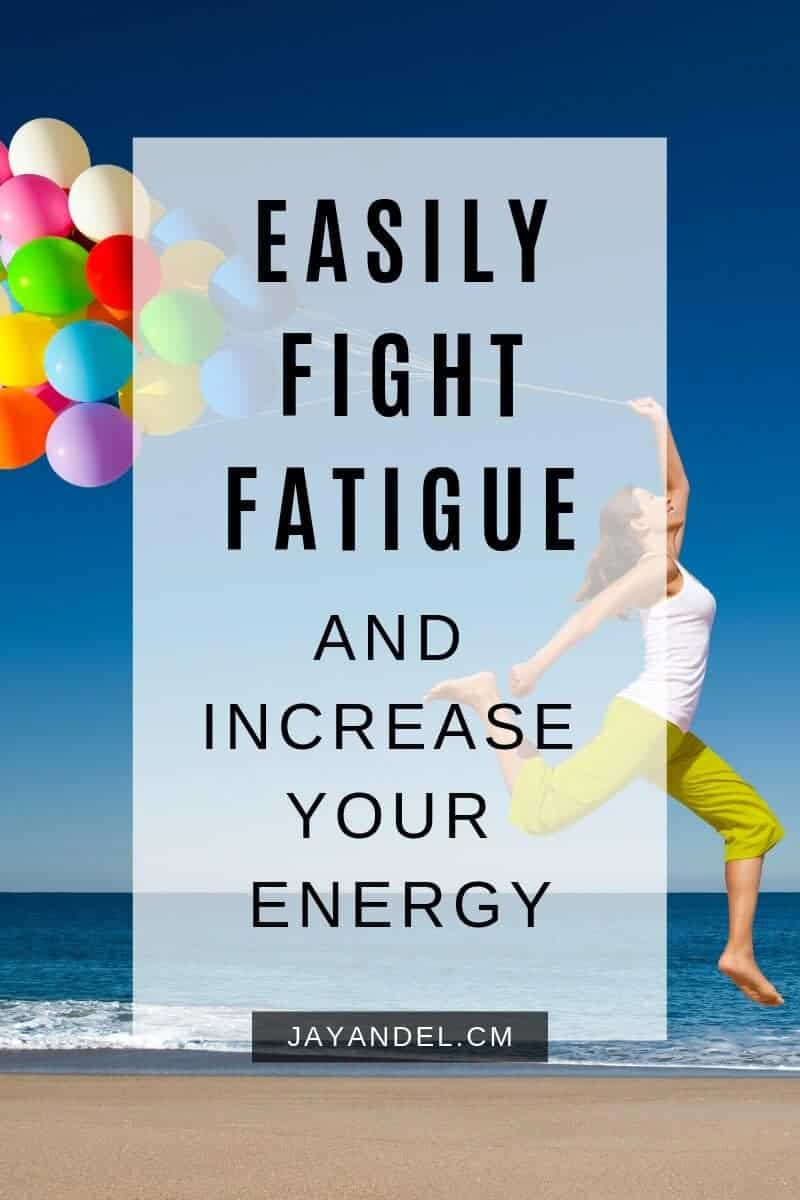 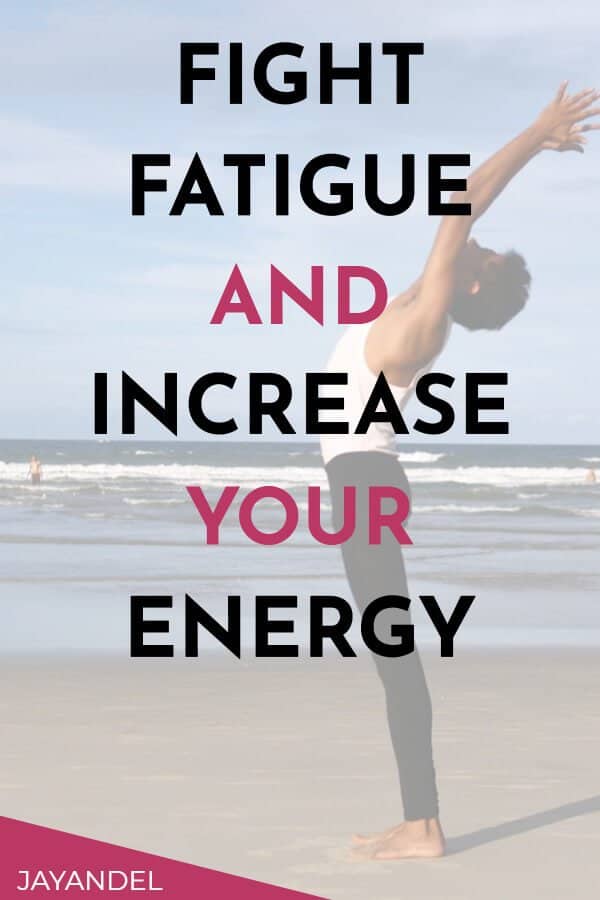 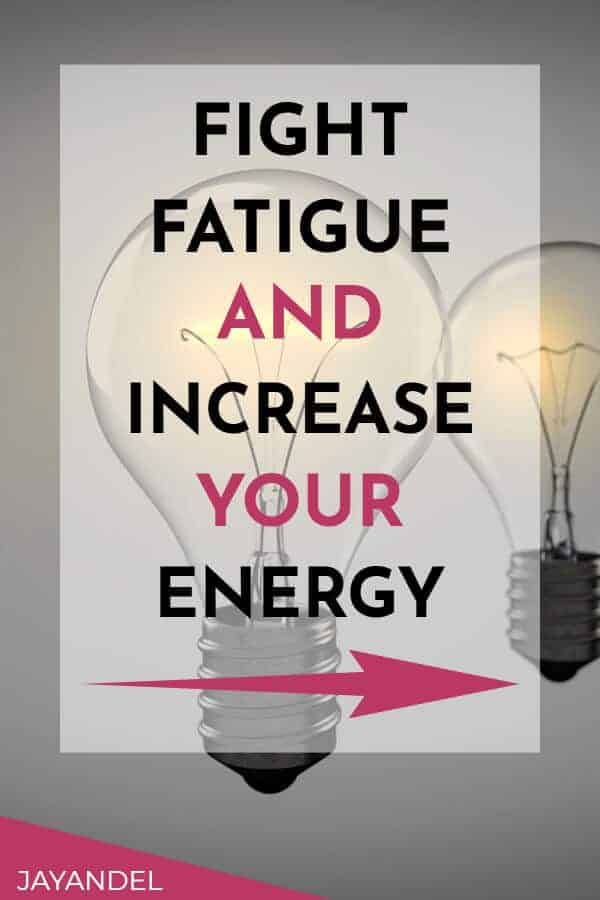 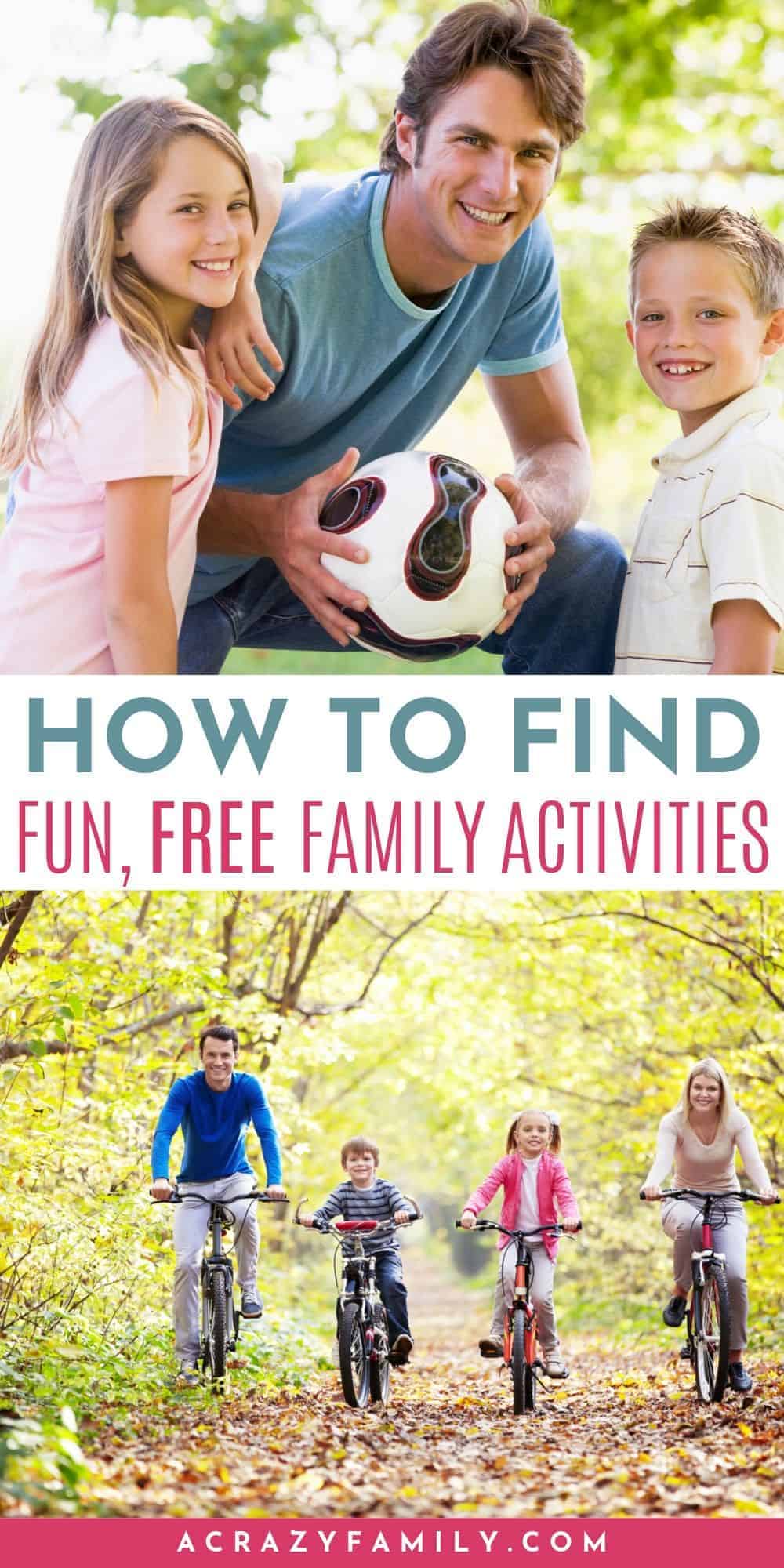 How To Find Fun, Free Activities For Your Family
← Read Last Post 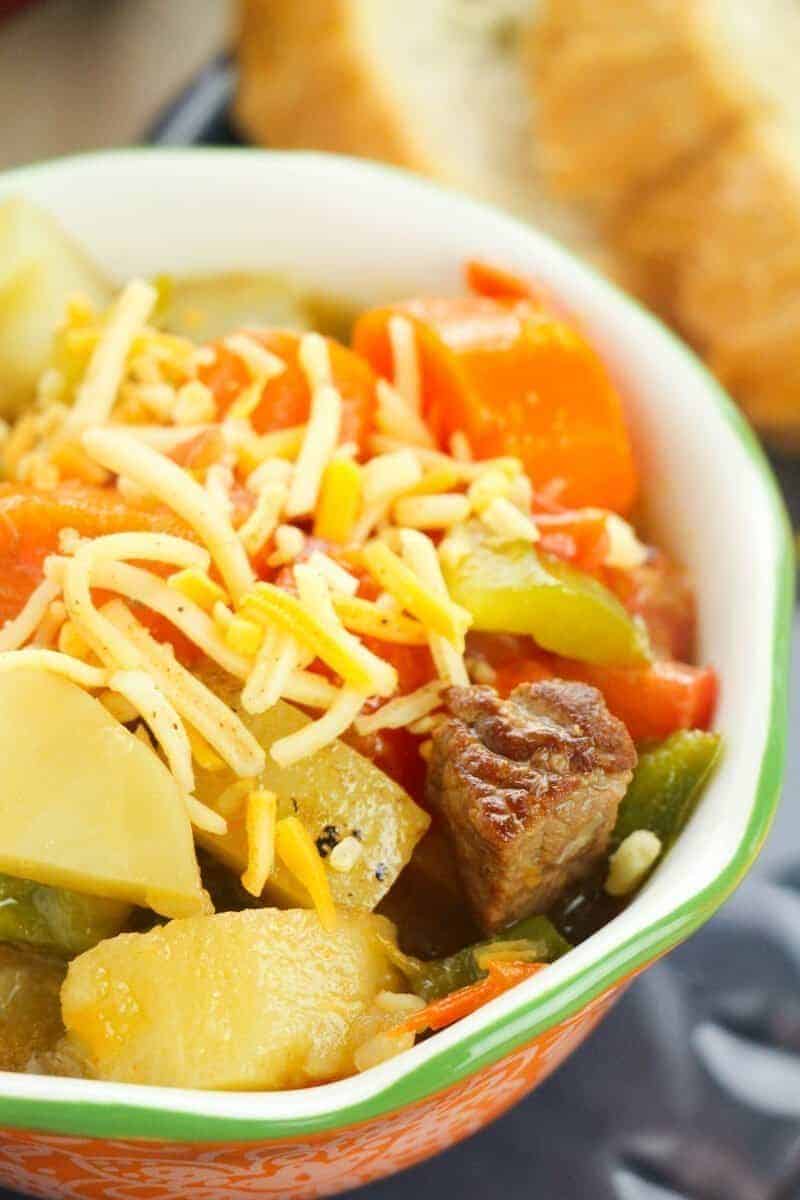